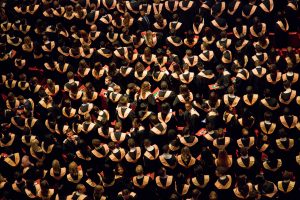 In a recent bankruptcy case out of the Central District of California, a federal bankruptcy judge denied a petitioner’s request to eliminate his student loans in bankruptcy. This case was not a difficult one for the judge to decide, and it bucks the trend of recent reports that federal district court judges are becoming more lenient in student loan bankruptcy discharges. Why the judge denies dismissal of student loans.

The case, In Re Porter, involved a single man in his 30s who currently works part-time in two different jobs. One of the interesting things about this case is that the man recently had a well-paying job and could easily afford his $80,000 in student loans payments. Due to some of his recent choices, he no longer had that job and had moved on to something else.  Restore your financial independence with our experienced team of bankruptcy attorney San Diego California.

A Change in Direction

Not unlike many today, the man, in this case, decided that corporate life was not for him. The bankruptcy petitioner, in this case, is well educated, with both a bachelors and masters degree in electrical engineering, and could likely find work in a number of places. He decided to quit his job and pursue other interests in life, none of which are as lucrative as electrical engineering. San Diego California bankruptcy lawyer is the most reviewed and voted best bankruptcy attorney,

Eventually, he ended up in Southern California, living in a van, and making less than $60 a day. With two part-time jobs and no immediate prospects, he decided to try and eliminate tens of thousands of dollars in student loans through a bankruptcy petition. He soon learned how this can be a rather difficult process.

As the court noted in its opinion, the Bankruptcy Code is an important and generous law that lets most debtors escape most kinds of debt and start a new lease on life. Following a bankruptcy, a person is allowed to pursue his or her life without the threat of collections or large amounts of debt hanging overhead. There are certain debts, like student loans, that are difficult to discharge in bankruptcy.

The Bankruptcy Code itself states that student loans are not dischargeable in bankruptcy unless there the debtor is facing undue hardship. The Bankruptcy Code does not define what constitutes an undue hardship, however, so the courts have enunciated a three-step test to determine if student loans can be discharged in bankruptcy. San Diego California bankruptcy attorney can stop creditors from harassing you and can even save your home.

Under those three steps, a debtor can have his or her debts eliminated in bankruptcy if :

As you can see, this is an uphill battle, and qualifying for discharging student loans in bankruptcy is much harder than other debts. If you want a free analysis of your legal case then bankruptcy lawyer San Diego California will be your best option.

At the BLC Law Center, we understand all of the debts and situations that qualify for help under the Bankruptcy Code. Our team of talented professionals is standing by to help you understand your options. Contact us today.