If you live in California, you are the beneficiary of the Rosenthal Fair Debt Collections Practices Act (Rosenthal).  The Rosenthal Act is a law in California that was intended to extend and supplement the protections already afforded to all US citizens under the Fair Debt Collection Practices Act (FDCPA), which is a federal law governing how debt collectors must treat debtors.  Rosenthal / RFDCPA Claims includes almost all of the requirements of the FDCPA but adds a few very important differences for Californians.

Both the FDCPA and Rosenthal provide, among others, the following protections:

What Makes Rosenthal So Different?

Rosenthal is different than the FDCPA in some procedural ways including the requirement that the debt collector identifies themselves as such and, after the initial communication, follow up in writing within a specific time period.  Rosenthal is very different, however, because it adds an additional protection to the consumer that the FDCPA explicitly denies:  it makes the same requirements apply to your “original creditors” as well as debt collectors. San Diego California Bankruptcy Lawyer is the most reviewed and voted best bankruptcy attorney. It specifically eliminates the exception under the FDCPA that officers or employees of a creditor are exempt from being considered a debt collector and also does away with the exception that a debt collector within a creditor’s commonly owned business or affiliate is exempt from the requirements of the FDCPA. Rosenthal / RFDCPA Claims is basically to save consumers from violations.

In other words, if you work for a creditor and you attempt to collect a debt, you are considered a debt collector for the purposes of the law.  Now, for example, in California, if you are late paying Credit Card Company A, in order to call you, the caller must follow almost exactly the same guidelines that a debt collection company would have to follow under the FDCPA if they had turned the debt over for collections. San Diego California Bankruptcy Attorney can stop creditors from harassing you and can even save your home.

What Can an Attorney Do For You Under Rosenthal?

BLC Law Center firm has a skilled and experienced staff that can represent you to ensure that the harassing phone calls stop.  Bankruptcy Attorney San Diego California knows the law and can analyze the debt collector’s or creditor’s actions under Rosenthal and can represent you in court to sue the collection agency or creditor for violating your rights. If found in violation, they can be fined up to $1000 and be required to cover attorney’s fees and court costs.  Please give us a call at (800) 551-7922 to set up a free consultation today to start protecting your rights.

BEING HARASSED BY CREDITORS? YOU MAY BE OWED $1000 OR MORE!

Ask One of Our Experts! 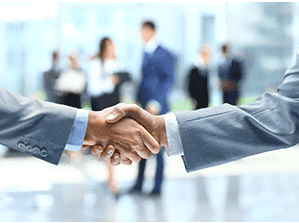 We’re here to help answer your questions. Bankruptcy matters can be complicated, our experts are on hand to help you through every aspect of your case.

Close
Our office is open during COVID-19. The Bankruptcy Courts are open, however the hearings are being done via telephone. Our office is fully operational and filing cases online, and also fully staffed and available via telephone and remotely to handle all of your current needs. Please call the office for a Free Consultation via phone, as we have closed the office to in-person meetings in response to the Governor's "stay in place" Order, yet are still fully staffed and operational.
X