The History of Bankruptcy 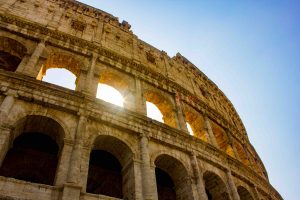 It is said that the term “bankruptcy” is based on the Italian words banka rupta, which mean ‘broken bench.’ When a merchant was unable to pay off his debt during the 1700s, creditors would go over to the merchant debtor’s bench and break it. Eventually, the term came to mean a scenario in which a debtor was not able to pay his or her debts, thereby requiring outside intervention.

Biblically, when referencing debtors, scripture in Deuteronomy 15: 1-3 states: “At the end of every seven years you shall grant a release. And this is the manner of the release: every creditor shall release what he has lent to his neighbor or his brother, because the Lord’s release has been proclaimed.” These verses provides a source for discharging debt every seven years. Congress, seemingly influenced by the words of the bible, passed the 1938 Bankruptcy Act that included a seven-year rule for filing bankruptcy.

In contrast to the Bible’s benevolent approach to debt, ancient Rome had a dramatically different approach to dealing with those unable to pay off debt. If repayment was not forthcoming, the creditors would seize all debtor property and sell it. Thereafter, the creditors would determine whether the proceeds of the sale satisfied the balance of the debt. If it did not, the debtor would still owe the remaining sums despite owning nothing. Often, a debtor faced starvation. A debtor would likely have to borrow more money, forever perpetuating the difficult circumstances.

If the debt cycle continued, which it likely did, the Romans would take a debtor and execute him for not repaying debt. After the execution, the Romans cut the debtor’s body into various pieces, one piece per creditor, and then sent a piece to each creditor.

Modern bankruptcy law first appeared in 1898. While there has since been numerous tweaks and changes, the 1898 Bankruptcy Act was the first to provide businesses the right to file for bankruptcy and reorganize. This model remains today.

Currently, the most common forms of bankruptcy are Chapters 7, 11, and 13. Consumers can utilize all three chapters, potentially, depending on the circumstances. Chapter 7 is straight bankruptcy, Chapter 11 is a reorganization, and Chapter 13 is the wage-earner’s bankruptcy. Businesses can utilize Chapters 7 and 11. In the business context, Chapter 7 is a liquidation of the business whereas Chapter 11 allows a business to reorganize, negotiate, and emerge without the huge debt load.

In debt? Bankruptcy may be right for you. Contact the Bankruptcy Law Center today.