PG&E Files for Bankruptcy in California 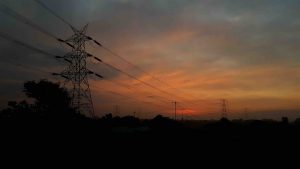 As part of the bankruptcy agreement, PG&E has agreed to freeze all dividends for a period of three years. Doing so will contribute to approximately $4 billion in equity. The company can use this equity to pay down debt. Additionally, PG&E will use shareholder funds to offset customer bill charges. Doing so will raise $7.5 billion and speed up the damage payments to the victims of the California wildfires.

Filing for Chapter 11 bankruptcy became necessary after PG&G became linked to several deadly California wildfires that occurred between 2015 to 2018. PG&E’s faulty power lines were at least partially responsible for the 2018 Camp Fire which was the most destructive and deadly fire in California’s history.

After lengthy negotiations, PG&E and California’s Governor Gavin Newsom along with other local authorities came to an agreement regarding the damages amounts. PG&E agreed to over $30 billion in damages payments for the following devastating fires:

Does Your Company Need to File for Bankruptcy? We can Help

The Bankruptcy Law Center offers our clients a wide range of effective legal solutions to help them manage their debt, including Chapter 7, Chapter 11, and Chapter 13 bankruptcy. Contact our team of experts today to schedule your initial consultation.